Ramesh Mario Nithiyendran makes art that is rough-edged, vibrant and at once enticing and disquieting. His ceramic sculptures, stacked to form totems or perched atop plinths of concrete, mirror, cinder block or cardboard, depict grotesque figures: bastardised multi-limbed gods, distorted faces and dick-covered deities, all staring and grinning in clay and glaze. Ramesh is in the midst of a busy national and international exhibition schedule, including the recent Adelaide Biennial, an upcoming solo presentation at the National Gallery of Australia and participation in the 4th Jakarta Contemporary Ceramics Biennale.

We sat down with Ramesh ahead of Contemporaries’ Art & Film night at Golden Age Cinema to get an insight into his fascinating sculptural practice, find out what drives him, and take a look at his choice of film for the night.

You work with clay, an ancient material steeped in tradition, in a very non-traditional way. How did this develop?

The history of clay is like the history of human civilisation. I think lots of people align clay with more utilitarian and social histories, particularly if you look at Victorian society where plates were used to sanction social behaviours, or Asian porcelain and vases. But this is just one angle. There are multiple parallel histories, and I am more interested in the history of clay in figurative sculpture: the Terracotta Warriors, temple statues and Palaeolithic clay figures.

I have a background in painting, and I feel like clay really allows me to explore the things I like about painting, but in a three-dimensional form. Surface, ground. You start with a red terracotta clay ground, and keep building up textures, layers, opacity, transparency. Warms, cools, light, dark, contrast – it’s all there. I never really enjoyed painting that much, but I enjoy being physical, getting messy and dirty.

As well as the history of sculpture, your work makes overt reference to histories of religion. What led you to focus on Catholicism and Hinduism?

I see religion as the key around which Western societies are structured historically. It’s also been seminal in colonial regimes – the imposition of a particular religion was often used to justify homogenising and ethnic cleansing. I see Catholicism particularly as steeped in injustice.

Autobiographically, I was raised as a Catholic until I was about nine. I think lots of migrant families bring up their children with religion to give them a sense of community. My mum has a Catholic background and my dad has a Hindu background. So I’m really exploring religion in terms of cultural content rather than devotional, and coming from a secular or atheist perspective.

Can you tell us a bit about shows you’ve been involved in recently, and what you have coming up?

Most recently was the Adelaide Biennial. I was interested in making monumental, large-scale sculpture, particularly in the Biennale context. It was the biggest I had pushed myself in terms of scale, and this was a key shift in my practice.

Right now I’m working on my presentation for the National Gallery of Australia (NGA) in Canberra which opens on July 29. They are starting a series of contemporary projects to activate the main foyer space. I’ve noticed that in a lot of state institutions – some are more progressive than others – there is this faith-based Asian section. Here’s Buddha, here are the Hindu gods, the Balinese gods, all situated in one particular site. I went to the NGA and visited their Asian section, which is amazing. It has this grotto vibe, lots of concrete, arches. So I am using that same tone of cement in the foyer to present this welcome gesture, these contemporary Asian gods.

In late September I will be presenting work at The Kuandu Biennale, Taipei. I am planning to build new work in the space, working with unfired clay to create an installation. In October I am exhibiting at Nicholas Projects in Melbourne, and in November I have a solo exhibition at the Ian Potter Museum (at the University of Melbourne). There are some really interesting objects in the University collection, and I will be including some of them alongside my work, so there is this pseudo-curatorial angle. I’m shifting my practice to focus on creating meaning and expressing ideas rather than creating products or commodities. 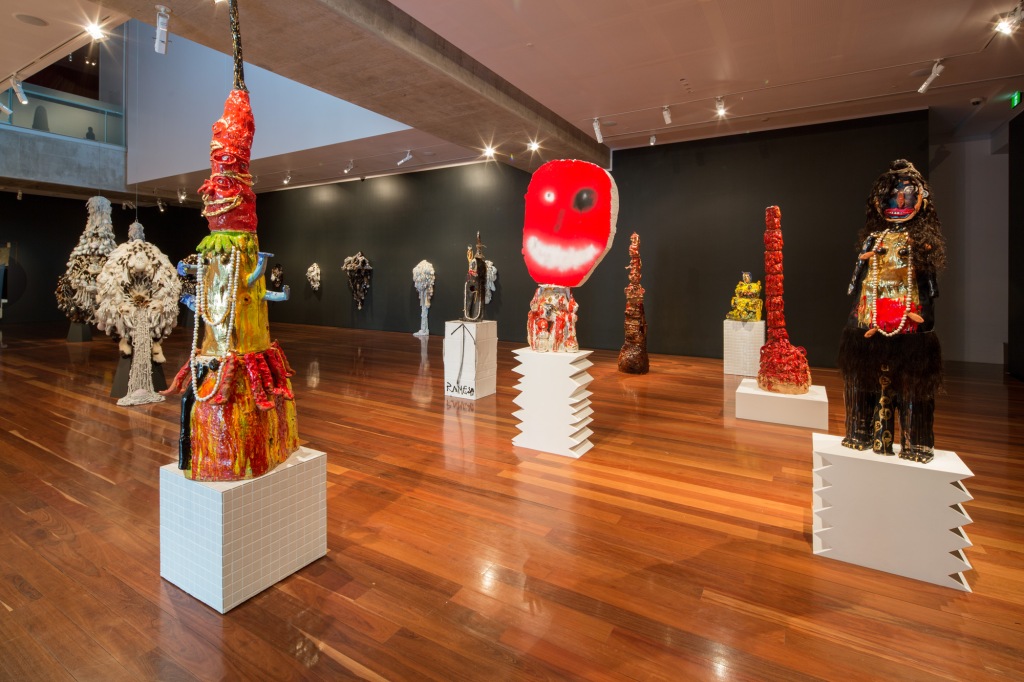 What inspired you to select Pier Paolo Pasolini’s Arabian Nights as your film of choice for the Contemporaries x Golden Age event?

Arabian Nights is one of the most edgy, bizarre films I’ve seen, with a narrative that you don’t really find in contemporary film. It’s about this teenage boy who is a sex object for men and women, he is so beautiful that people can’t take their eyes off him. He ends up falling in love with a slave girl and buying her, and then there are these twisted narratives intersecting. She gets gang raped, then becomes king and is in drag and is fooling this kingdom who think she’s a king. It’s just this really bizarre, twisted film. I think in the context of social etiquette, politeness, narratives that sit comfortably with how society should be ordered, it’s kind of the opposite of that. At the same time there is joy in it. It is an unfiltered, complex narrative, which is what makes it so appealing. 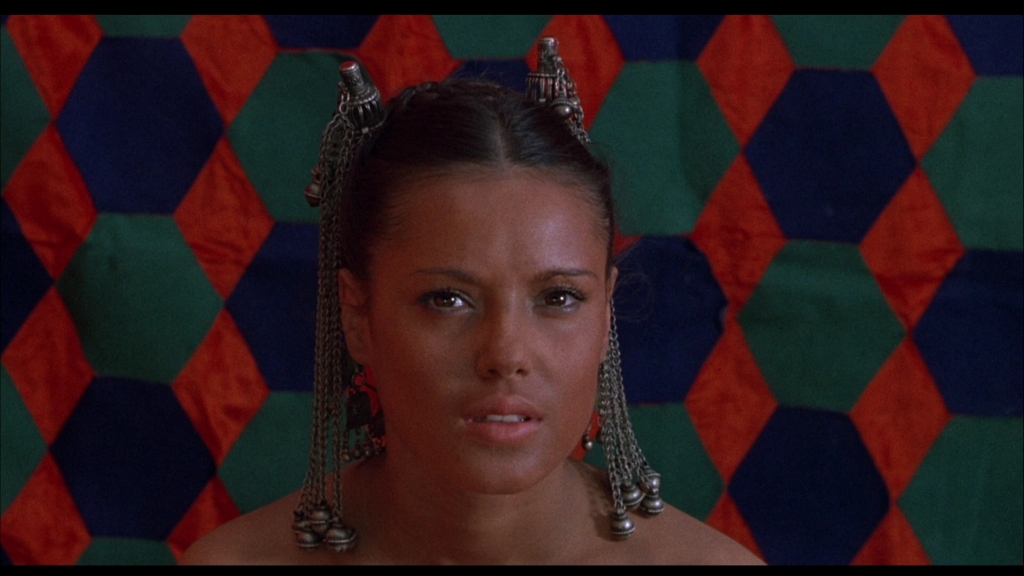 Ramesh Mario Nithiyendran will partner with Contemporaries to guest present a screening of Pasolini’s Arabian Nights at the Golden Age Cinema on Wednesday 13 July, 2016.

Enjoy a signature Golden Age cocktail and hear from Ramesh in an intimate live conversation with film critic Kate Jinx as they uncover visual and thematic threads that link the film to Ramesh’s distinctive aesthetic. Join Contemporaries to receive your invitation to this exclusive event.

All images courtesy the artist.